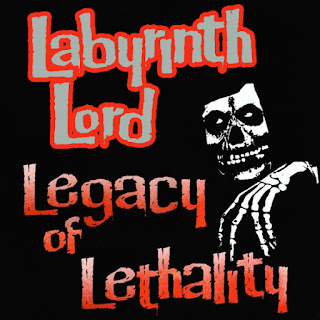 As referenced in an earlier post, I have kept detailed notes from the beginning of my current Labyrinth Lord campaign. Below are the statistics I've gathered from 6 years of play.

This first graph shows the number of LL sessions we've played each year, along with the number of kills. 2017 was a relatively thin year for us (my off-week DCC game has been getting a lot of traction & often took over LL weeks).  But even when considering this, there were very few kills. 2017 was our first year under 0.8 kills per session- we only averaged one kill every 5th session. I'm ashamed of myself... 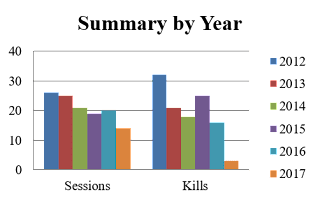 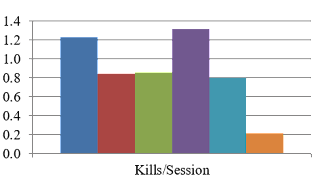 Putting the Kills per Session onto a graph against the Average Party Level shows the most obvious explanation: the characters are simply tougher. Since the end of 2015, the average level has been above 4. This number even includes "apprentice" 1st level characters the party keeps in tow. Remove them from the calculation and the average jumps to 7.23.

I also track every character played (and killed) in the campaign, including their class & race.

Note that a number of characters have been raised (and sometimes killed again), allowing for mortality rates above 100%. 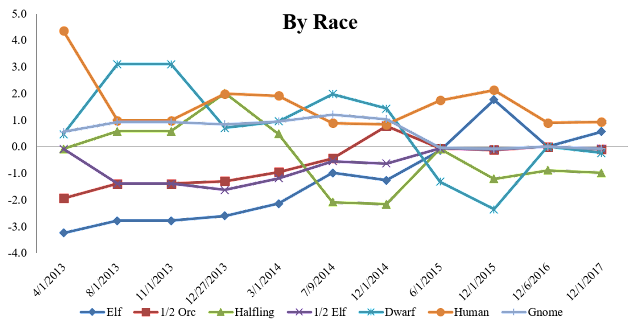 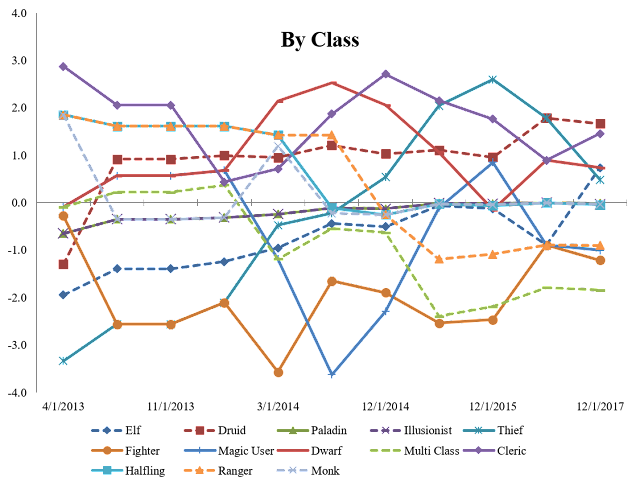 We're playing with Labyrinth Lord rules, but outside of a few adventures I've written, they're all 1st edition AD&D and Basic adventures. 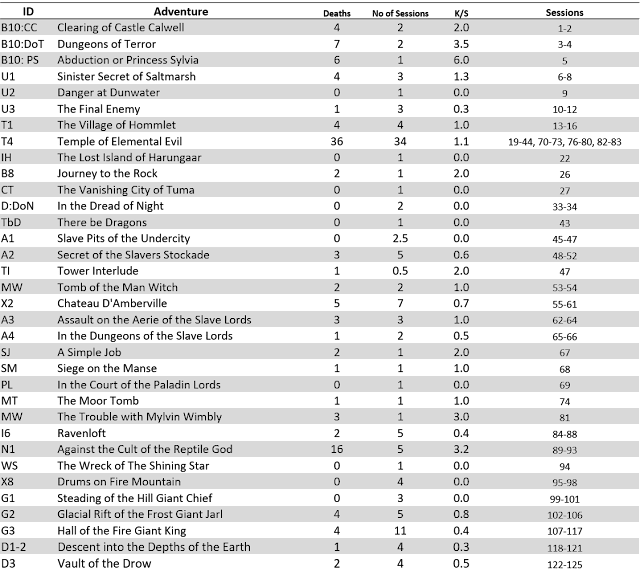